46th Edition of the American Football Tournament of Copa America 2019 to be played across the Five Brazillians cities and six stadiums from the 14 June. Sao Paulo’s Morumbi stadium will be hosting the Opening Match of the Copa America game while Grand Final held at Maracana stadium in Rio de Janerio on 7th July 2019.

The semifinals will take place at Arena de Gremio in Porto Alegre and the Mineirao in Belo Horizonte. 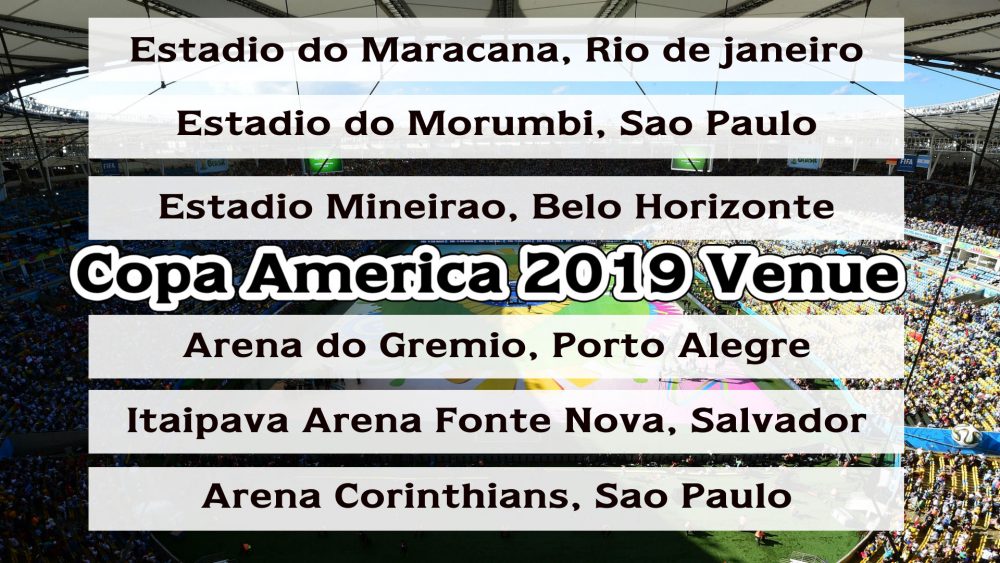 Draw for the competition is yet to held so come back after some time to seen the Copa America matches list which are played at above venue.